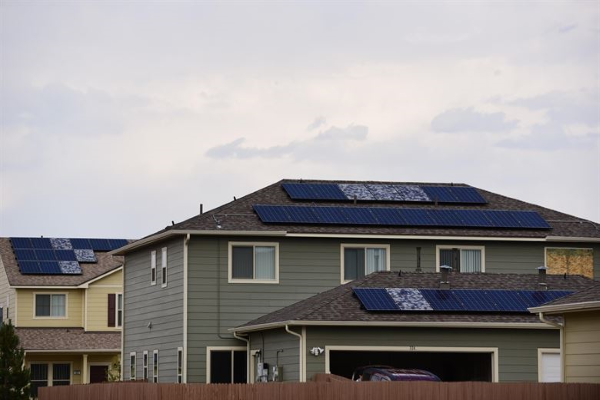 We all view roof insurance policies as the base protection of our roof against the elements. However, about 8 in 10 roof insurance claims get rejected for various reasons. In fact, many South Windsor CT homeowners believe some of these invalid reasons to be true.

One prime example of a seemingly true but positively false claim (according to insurers) is cosmetic hailstorm damage. Cosmetic damage is a confusing term for many. However, plenty of homeowners still make a claim for benefits when cosmetic damages occur to their roofs.

Unfortunately, many legal circuits recognize the difference between cosmetic and structural damage. In truth, they will invalidate the claim as well. While it is confusing, it's not rocket science. Kat Construction has an excellent explanation about it below.

Functional hail damage is the kind of damage that impairs the roof’s main purpose (that is, shedding snow and rainwater) or reduces its long-term service life. The kind of damage varies depending on the outer roofing material. Functionally damaged asphalt shingle roofs have a different set of criteria that defines functional damage, compared to, wood or tile roofs, for example.

Cosmetic hail damage, on the other hand, is basically the kind of damage that doesn’t affect roofing performance or service life. For instance, hail may hit a part of the roof and only cause minor granule loss, or dents in metal components such as gutters and vents. In most cases, what is considered as cosmetic hail damage doesn’t require emergency roof restoration. (Source)

In short, you have to need emergency roof repairs or replacements to say hail damage or any storm damage had caused structural damage on your roof. However, it isn't that simple because cosmetic dents or fractures against your metal or asphalt shingle roof respectively leads to further problems.

Many legal bodies across America and Canada are challenging the viewpoint on cosmetic and structural damages. In some way, cosmetic roof insurance claims are legitimate because they can grow into huge problems over time. On the other hand, the counter-argument is valid in its own way. Roof maintenance is an important part of preserving the roof's lifespan and capability.


In 2014, Merlin Law Group's Property Insurance Coverage blog states that hailstone dents and cosmetic damage is still "direct physical loss." In one Question and Answer segment, it said that hailstone dents are similar to "vandals painting the side of the house purple. Read the entire excerpt below.


Question: Hail stones have created dents to a copper roof. The section of roofing is located over a second story bay window. It does not appear that the hail has compromised the life span of the roof’s surface or otherwise affected or decreased its useful lifespan.

Our HO policy provides coverage for direct physical loss. If the roof’s integrity was not compromised by the hail stone impact, has a physical loss occurred?

We believe that some carriers view this type of damage as cosmetic and do not provide coverage for replacement of copper roof. Does FC & S have an opinion?

[Answer:] Whether or not the dents are cosmetic or affect the roof structure, they are still direct physical loss. The policy doesn’t define damage so standard practice is to go to a desk reference. Merriam Webster online defines damage as loss or harm resulting from injury to property, person, or reputation. The roof now has dents where it didn’t before; that’s direct damage. The policy doesn’t exclude cosmetic damage, so direct damage, even if it is cosmetic, is covered. It’s the same as if vandals had painted the side of the house purple. While cosmetic, it’s damage, and is covered. The principle of indemnity is to restore the insured to what they had before the loss, and this insured had a roof with no dents. (Source)

Only time and many more infuriated roof insurance claims rejections will tell if cosmetic damage becomes an acceptable direct physical loss clause. Until them, South Windsor CT homeowners can only make a claim for structural damages, to which experienced and detail-oriented South Windsor CT roofers such as Slavin Home Improvement can help determine effectively.